Sponsoring the bowling stars of the future 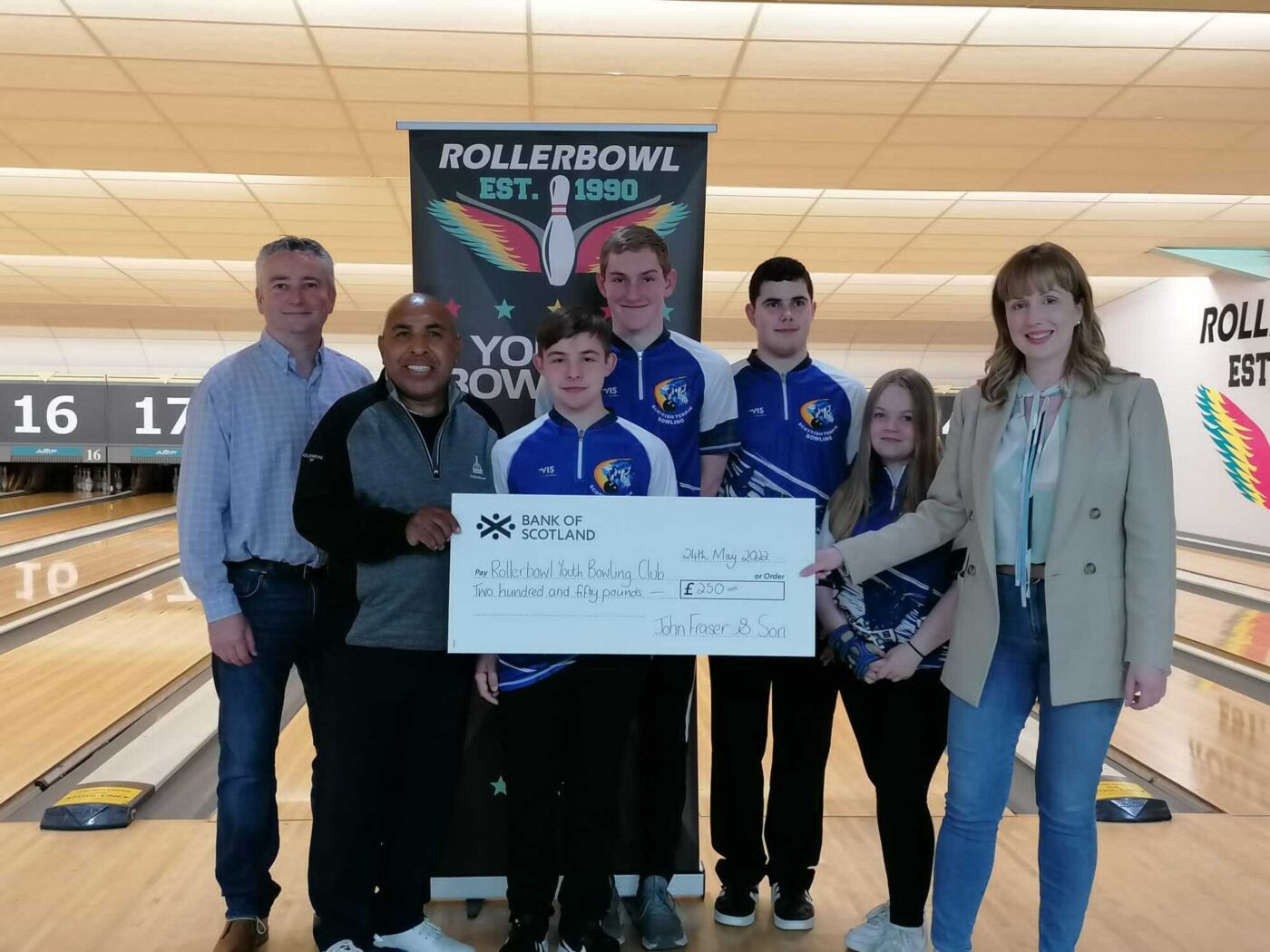 John Fraser & Son were delighted to offer sponsorship to four local bowlers who have qualified to represent Scotland at the Ten Pin Bowling Association’s Junior Triple Crown in August.

Calum Robertson (16), Leah Robertson (14), and Aidan Smith (15) are all from Inverness. With their team-mate 18-year-old Lee Rigby from Elgin, they have been called up to join the 20-strong Scotland Junior squad who will head to Barnsley to compete against England and Ireland for the coveted Triple Crown.

The four are coached by Allan Robertson – who is Leah and Calum’s Dad – and he will be accompanying them on their three-day trip to the competition in Yorkshire this August. Over three days of tough competition they will battle it out for one of the most prestigious titles in ten pin bowling, before competing in the European Youth Championships in France in September.

Speaking in advance of the trip, coach Allan Robertson, who coaches under-18s at Rollerbowl in Inverness on Saturdays and Mondays, said he was feeling nervous, as it’s the first time he’s been called up as coach for the inter-nation and international competitions. But he has faith in his players.

“The four are in great shape at the moment. They have been training hard and their hard work and determination is paying off”, he said. “Aidan, Calum and Leah are training at least two to three times a week, and Lee trains hard too, although living in Elgin and having a job now, it’s harder for him to fit it all in.”

Asked whether ten-pin bowling is still fun for the competitors at that standard, Allan replied, “It’s very competitive, they want to win, but they still manage to have fun at the same time.”

We wish the team every success in August and look forward to hearing how they got on.