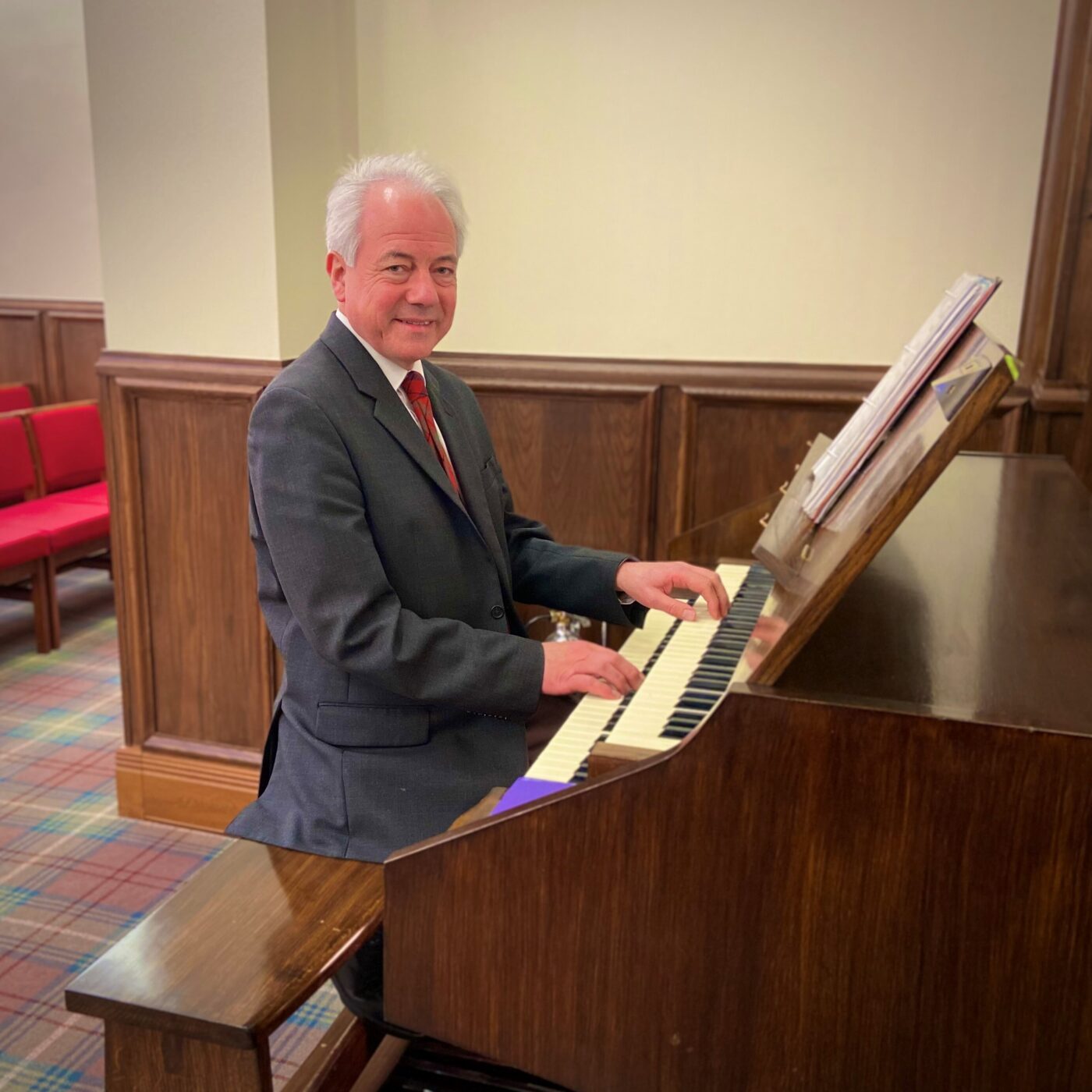 Have you met Gordon Tocher? As his Fraser tartan tie might suggest, he’s very much one of the family here at John Fraser & Son. Many of our funerals just wouldn’t be the same without his input and talents, yet he’s often in the background. So, we thought it was time to coax him into the limelight to properly introduce him to you.

For over 30 years (the date he first started with us is lost in time), Gordon Tocher has been our go-to organist for the funerals we hold here in our service room at Chapel Street, Inverness. And while we feel privileged to have him available to us, Gordon is quietly proud of the useful contribution he and his music make, as people say their final farewells.

Inverness born and bred, Gordon started playing the piano at a young age. After school he studied music at Aberdeen University, where he started playing the organ. These days, when he is not playing for us, he spends his time passing on his skills and musical passion to others by teaching piano, as a composer and performer, and as Conductor of Inverness Choral Society. He also plays the organ at Inverness Cathedral on Sundays.

Asked about the music he plays at our funerals, Gordon explains that the hymns are always chosen by the families, but remarked, “Surprisingly, in the over 30 years that I have been playing for funerals, the choice of hymns has hardly changed at all.”

When Gordon started playing for us, the most popular hymn was The Lord is my Shepherd followed by Abide with Me. Those two are still in what he refers to as ‘the top three’ but have been overtaken in recent years by the popularity of ‘How Great Thou Art’.

But one of the changes Gordon has noticed is with the music he plays outwith the hymns. While he often still provides organ music before and after the ceremony, the advancement of technology means that families frequently provide their own choice of music on CDs, a move that he welcomes.

“Playing the original recording of someone’s favourite songs is a fitting way to pay tribute to them”, he said. “A person’s choice of music says a lot about their personality, and it’s much better - now that the technology is there - to pay the version that they loved, rather than having me try to recreate it on the organ.”

We couldn’t resist asking Gordon what music he would choose for his own funeral, but perhaps surprisingly, for all the comfort his music has provided for others over the decades, he’s never given that any thought.

When pressed for an answer, though, he’d have some ‘proper’ organ music - some Bach, perhaps. We’re sure that can be arranged.

For all his musical talents and abilities, we feel very fortunate to have Gordon as part of the team here at John Fraser & Son. Thanks so much to you, Gordon, for your 30+ years of service, and we look forward to having you on board for many more years to come!