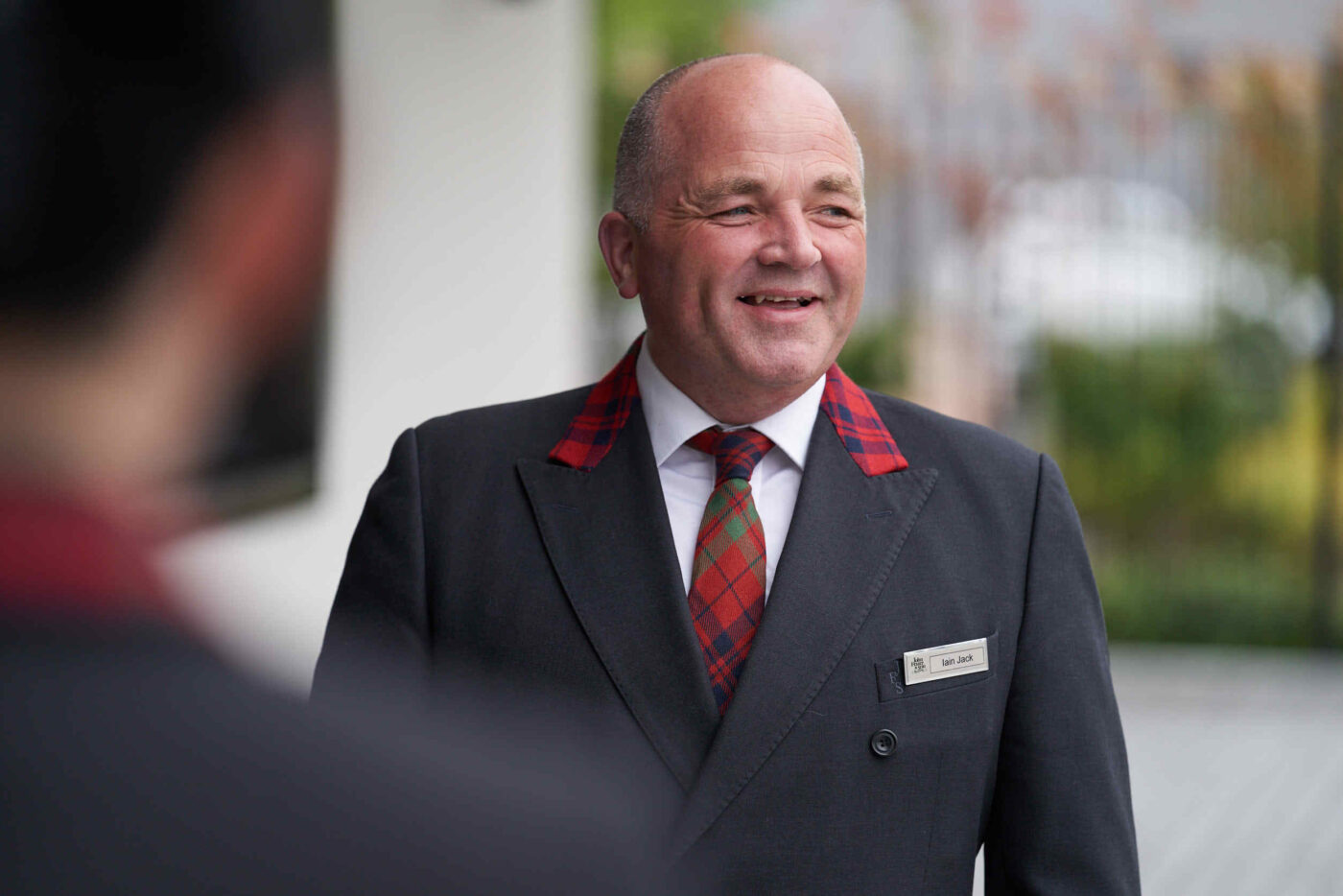 Many of you have been asking why our much-loved funeral director Iain Jack has not been around as much as usual. Iain was diagnosed with stage 3 bowel cancer early last year after it was detected through routine screening, but after an operation and chemotherapy, we’re delighted to say he’s making a steady recovery, and is back to work part time.

Iain is keen to share his story and to raise awareness of the importance of understanding the symptoms of bowel cancer, and of taking part in regular bowel screening. Many of you will have seen his story in The Inverness Courier and have contacted us to thank him for speaking out.

We find it sobering that Iain didn’t notice any changes in his bowel habits before taking what he describes as the ‘poop on a stick’ test, other than that he was a little more tired than usual. If he had skipped the test, his cancer might not have been detected until a much later stage, leaving him too late for a programme of treatment and recovery.

It was also sobering for Iain, who – in the course of his day job with us – deals with death on a daily basis, to potentially be facing his own mortality. We are all grateful that he took the test, and that he is able now to be back at work part time.

Iain has nothing but praise for the NHS staff who cared for him during diagnosis, surgery, treatment and recovery.

On Iain’s behalf, the team here at John Fraser & Son in Inverness and Dingwall are fundraising for Bowel Cancer UK, who campaign and support for early diagnosis of bowel cancer, and campaign for the best treatment and care for all patients.

As part of this we are holding a fundraising ‘Brew Together’ coffee morning from 10-12 on Thursday 18th August in our service room, Chapel Street, Inverness. You are all welcome!

In addition, several of the team will be running the 10K and 5K races at the Loch Ness Marathon in October, also in aid of Bowel Cancer UK.

We’ll be selling raffle tickets and accepting cash donations for the charity on the day. And if you can’t make it along on the 18th but would still like to support Iain’s chosen charity, here’s a link to our JustGiving page:

Finally, very many thanks for all your good wishes messages to Iain. He has read and appreciated them all.